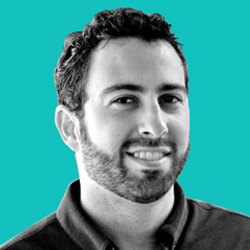 Zach Goldstein is the CEO and Founder of Thanx. Founded in 2011, Thanx is a leading guest engagement and retention platform helping restaurants and retailers become more digitally agile to maximize customer lifetime value. Prior to earning his MBA from Stanford, Goldstein honed his experience in the customer loyalty space at Bain & Company, helping companies perfect their retention and reward strategies as early as 2005. Goldstein was recognized by Nation’s Restaurant News on it’s 2020 Restaurant Power List and has earned a reputation as a vocal thought leader in the restaurant-tech space through his Food Fighters podcast and authorship such as the widely-revered Four Horsemen of the Restaurant Apocalypse? The San Francisco resident is an avid cyclist and die-hard Sacramento Kings fan.