You are using an outdated browser. Please upgrade your browser or activate Google Chrome Frame to improve your experience. 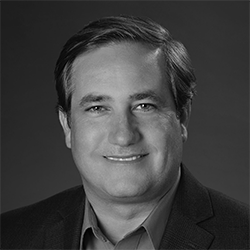 Michael Beacham is the President of REEF kitchens where he has the overall responsibility of growing and managing REEF into becoming the world’s largest Ghost Kitchen operator.  Michael has been a career long operator, most recently as President of Darden International where he served. August 2016 responsible for the International portfolio, and overall franchise strategy, development and execution. From 2011 until 2016 Mr. Beacham served as Chief Operations Officer of Hard Rock Cafe International. In this role, he oversaw all corporate operations worldwide as well as the Franchise division and was responsible for the growth and expansion of the organization in 72 countries. He served as the Chief Operating Officer and Senior Vice President at CEC Entertainment Inc, the parent company of Chuck E Cheese’s and Showbiz Pizza. Mr. Beacham served as the Chief Development Officer and Senior Vice President of Moscow based Rosinter Restaurants, Eastern Europe’s largest restaurant company operating brands such as TGI Friday’s, Costa Coffee, KFC, Benihana, and many more.   He served as Vice President of International Development of Carlson Restaurants Worldwide of TGI Friday’s Inc., responsible for the growth of TGI Friday’s international portfolio into 70 countries around the globe.   He served as Vice President of Operations and Development of The Hospitality Development Group, opening their international division for the former American Express affiliate. Mr. Beacham also served as Director of Operations and Director of Restaurants for Marriott Hotels Suites and Resorts and Vice President of Marketing for the New Jersey State Chamber of Commerce. He was an adjunct professor of Restaurant Management for several NJ Universities. Mr. Beacham graduated from Valley Forge Military Academy and Graduate of George Washington University.