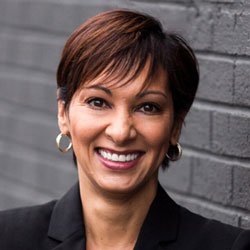 Kim Ellis was a featured speaker at RestaurantSpaces’18

Kim Ellis is the Chief Development Officer for PIADA, Italian Street Food. Piada is an Italian fast casual concept based in Columbus, Ohio.

Kim serves as a member on the ICSC Board of Trustees and has served on several ICSC committees including the RECON Planning Committee, the Nominating and Governance Committee and the Political Action Committee.