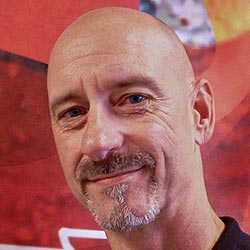 Jim Fay was a featured speaker at RestaurantSpaces’19. You can read the summary of this talk here.

Jim Fay is a seasoned architect who’s been designing and developing cool and successful restaurant brands since the early ’90s. He’s been in leadership roles for iconic restaurant brands such as Chili’s, T.G.I Friday’s, Chevy’s Fresh Mex, Seattle’s Best Coffee and Jack in the Box. Jim has created dozens of restaurant prototypes and remodel programs that have been rolled out in a wide variety of venues across the U.S. and around the world. From 2015 to 2017 Jim was a restaurant development consultant gaining a strong expertise in planning, design and building of Legacy Hall, the first food hall in the DFW area. Jim currently leads the Architecture and Design team at Brinker international working to create outstanding dining experiences around the world.