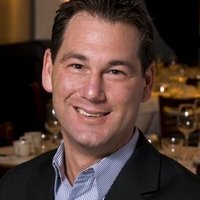 Geoff Allexander was a featured speaker at RestaurantSpaces’19. You can read a summary of his article here.

Alexander is the Chairman of the National Restaurant Association’s Fast Casual Industry Council (FCIC), an Executive Board Member for Chicago’s Magnificent Mile Association, and an Advisory Board Member to Social Media Week Chicago. He resides in Chicago with his family.